By: Frank Mardian - March 18, 2021
Purchase at: ColdBlaster.ca
Simply spray in the mouth before going out or contact with people.
A Safe and Natural Remedy for Colds, Flu & Virus Prevention. Every single ingredient in ColdBlaster has been specifically chosen for its cold- and flu-fighting properties.
ColdBlaster™ is a powerful all-natural, herbal formula that has been specially designed to help support and boost your immune system!
ColdBlaster™ is formulated to help your body fight off colds and flu, including the H1N1 (swine flu) virus. The way it does this via the robust properties found in the ingredients that have been independently proven to be anti-bacterial, anti-viral, and anti-fungal!
Each with specific cold & flu fighting properties, in a natural base of purified water, vegetable glycerin, and alcohol (used as a natural preservative). We’ve also added one other non-medicinal ingredient, menthol, to provide ColdBlaster with its pleasant, distinctive taste.
Astragalus (Huang Qi)
A rhizome which increases production of white blood cells and strengthens the immune response. Astragalus also has anti-bacterial properties and can be used as an energy tonic. It is believed to be a galactagogue, and studies show it may strengthen the human immune system, as well as increase the body’s resistance to common viruses. In western herbal medicine, Astragalus is primarily considered a tonic for enhancing metabolism and digestion and is consumed as a tea made from the roots of the plant.
Ashwagandha
Withania somnifera, better known in India as Ashwagandha (Withania somnifera), it is also known as: Indian ginseng, Winter cherry, Ajagandha, Kanaje Hindi, and Samm Al Ferakh. A plant in Solanaceae or nightshade family, its active constituents are pyrazol Alkaloids, steroidal lactones, saponins and with anolides (Bone 1996: 137). Ashwagandha is one of the most highly valuable herbs in the Ayurvedic medical system.
Cat’s Claw
Scientific name: Uncaria tomentosa (U.tomentosa). Cat’s Claw is also known as: Hawk’s Claw, Life-Giving Vine of Peru, Paragyayo, Garabato, Uña de Gavilan, Samento, and Popkainangra. Cat’s claw consists of the following components, which may contribute to its effectiveness: oxindole alkaloids, polyphenols, polyhydroxylated triterpenes, plant sterols, catechin tannins, quinovic acid glycosides, and flavonoids. Laboratory research, in vitro (in a test tube) or in vivo (in lab animals), suggests that cat’s claw may stimulate the immune system, prevent mutations, stop the spread of cancer cells, kill viruses, and reduce inflammation. Pentacyclic oxindole alkaloids appear to be the main component of cat’s claw, responsible for boosting the immune system.
Echinacea Root (Purple Coneflower)
A Rhizome, it has antibacterial and antiviral properties, and strengthens resistance to infections. It is useful for all septic or infectious conditions.
Reshi (Reishi) Mushroom
Reishi is a popular Chinese mushroom with an impressive array of reputed health benefits, including antioxidant properties. Reishi is also known as Ganoderma lucidum, Lingzhi, and Ling Zhi. Reishi has long been used as a folk remedy for promotion of health and longevity in China and other oriental countries. The most attractive character of this kind of medicinal fungus is its effect on the immune system and its anti-tumour activities. Studies have shown that Reishi modulates many components of the immune system, such as the antigen-presenting cells, NK cells, and T and B lymphocytes.
Siberian Ginseng
Eleuthero (Siberian Ginseng), has common names such as: devil’s shrub, devil’s root, and touch-me-not. The dried root and other underground parts of the plant are used in herbal remedies for a variety of conditions. It is a distant relative of true (Panax) ginseng, but it does not belong to the Panax group of herbs. Eleuthero has been used in traditional Chinese medicine for thousands of years to treat rheumatism, weak liver and kidneys, low energy levels, and to prevent respiratory tract infections, including colds and the flu.
Tea Tree Oil
Since the early 1990s, research on the medicinal properties of the essential oil of Melaleuca alternifolia (Tea Tree Oil) has been conducted by a group of scientists within the School of Biomedical, Biomolecular and Chemical Sciences at The University of Western Australia. The primary aim of the group is to investigate and characterize the medicinal properties of Tea Tree Oil, in particular the antimicrobial properties. So far, the group has shown that tea tree oil has a broad spectrum in vitro antibacterial, antifungal, and antiviral activity. Tea Tree Oil has been recognized as a potent antiseptic in Australia, anecdotally, for much longer than there has been scientific evidence. As a powerful anti-viral agent, Tea Tree is effective in fighting many common infectious diseases such as measles, chicken pox, flu, cold, and shingles, as well as other viral complaints, i.e., cold sores, verrucae, and warts.
Menthol
Menthol is a covalent organic compound made synthetically or obtained from peppermint or other mint oils. Menthol has local anaesthetic and counterirritant qualities, and it is widely used to relieve minor throat irritation. In non-prescription products for short-term relief of minor sore throat and minor mouth or throat irritation.
Vegetable Glycerine
Vegetable glycerine is a clear, colourless, and odourless liquid with an incredibly sweet taste. It has the consistency of thick syrup and is used as an agent in cosmetics, toothpaste, shampoos, soaps, herbal remedies, pharmaceuticals, and other household items.
Purchase at: ColdBlaster.ca
Shop MNM 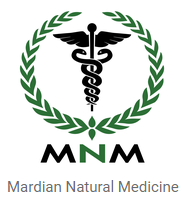